Angels in the Dust

Angels in the Dust 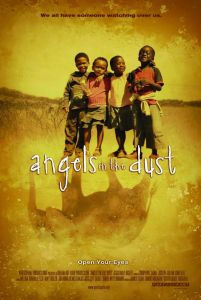 Angels in the Dust is a story of hope and healing in the face of a staggering crisis. AIDS is leaving entire South African villages decimated and thousands of children orphaned, with no adults to raise them. The inspiring story of Marion Cloete, a university-trained therapist who— with her husband and three daughters— fearlessly walked away from a privileged life in a wealthy Johannesburg suburb to build Botshabelo, an extraordinary village and school that provides shelter, food, and education to more than 550 South African children. Angels in the Dust is the true story of Marion and the orphans she cares for. The stories of the children are interwoven with the dramatic parallel saga of the orphaned elephants of Pilanesberg National Park in South Africa. The longtime government practice of culling— brutally killing adult elephants to control herd sizes— has torn apart the complex social fabric of elephant culture, a fabric that is not unlike that of the traditionally close-knit African village before Apartheid. Because the elephant society has been torn apart by culling, orphaned elephants have grown up exhibiting unusually violent behavior, such as attacking and goring rhinos. In the last few years, elder female elephants have been re-introduced into the Pilanesberg population in the hopes of resocializing the young. The experiment is working— and it offers a resonant reflection of the healing taking place for the human children being “reparented” by Marion at Botshabelo. Angels in the Dust is the story of the life-changing power of one compassionate heart: a courageous, self-sacrificing, fiercely loving woman who has chosen a spiritual path over a material one. For a nation overwhelmed by an epidemic of HIV/AIDS, orphans, rape, violence, and Apartheid’s legacy of social and political unrest, the film offers a clear pathway of hope and a replicable paradigm for the future of cultures devastated by disease.
Archbishop Desmond Tutu has called HIV/AIDS “the new Apartheid.” By the year 2010, 100 million people in Sub-Saharan Africa will be infected with HIV/AIDS, and 26 million children will be orphaned as a result of the virus. In South Africa alone, six million adults and children are infected, but the government has turned a blind eye to the mounting pandemic.